An ellipse is a closed curve like a circle. An ellipse may be drawn by choosing two points F1 and F2, each of which is a called a focus, and then drawing a curve through points for which the sum of the distances PF1 and PF2, respectively, is a constant. 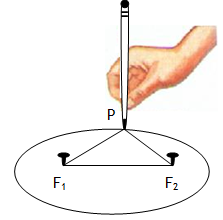 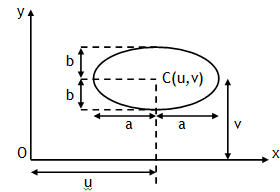 If the center of ellipse is at point origin

Note if a = b, ellipse becomes a circle of radius a.

*Circle The locus of a point P (x, y) which moves in a plane so that its distance... *Graph of logarithmic function Scroll to top
error: Content is protected !!