At 0 K the VB of an intrinsic semiconductor is completely filled with the electrons while the conduction band is completely empty as a result a SC behaves like an insulator at 0 K temperature.

However at higher temperatures say at room temperature some of the electrons from the VB gain sufficient thermal energy & jump to CB & occupy some level in the CB in accordance with the extent of the excitation energy. This is called thermal agitation. The vacant spaces left behind in the VB are called holes.

The vacancy of an electron with an effective positive electronic charge is called a hole. It behaves as an apparent free particle with a charge +e. For a intrinsic SC ne = nh = ni 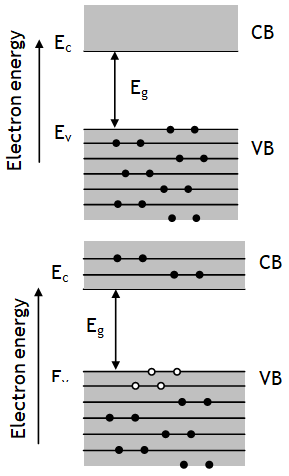 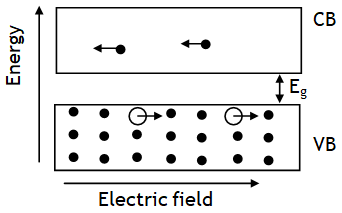 ^Energy bands in solids ^Explosion of a bomb Scroll to top
error: Content is protected !!